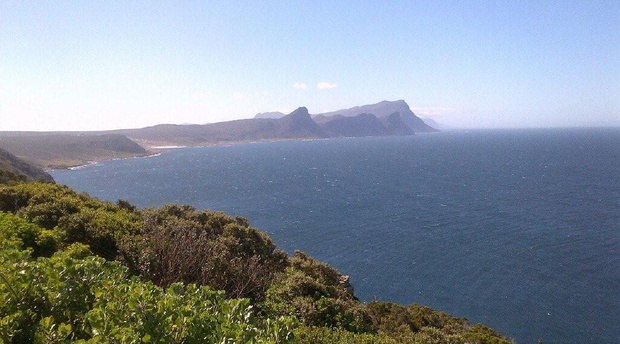 Named the ‘Cape of Storms’ by Bartolomeu Dias in 1488; the ‘Point’ was treated with respect by sailors for centuries. By day, it was a navigational landmark and by night, and in fog, it was a menace beset by violent storms and dangerous rocks that over the centuries littered shipwrecks around the coastline.

In 1859 the first lighthouse was completed; it still stands at 238 metres above sea-level on the highest section of the peak and is now used as the centralised monitoring point for all the lighthouses on the coast of South Africa. Access to this historical building is by an exhilarating three-minute ride in the wheelchair-accessible Flying Dutchman funicular that transfers visitors from the lower station at 127 metres above sea-level, to the upper station.

Cape Point is in the Cape of Good Hope nature reserve within Table Mountain National Park,  which forms part of the Cape Floral Region, a World Heritage Site. It includes the majestic Table Mountain chain, which stretches from Signal Hill to Cape Point, and the coastlines of the Cape Peninsula. This narrow stretch of land, dotted with beautiful valleys, bays and beaches, contains a mix of extraordinarily diverse and unique fauna and flora.

Thebe Tourism Group manages the facilities at Cape Point in the Cape of Good Hope section of Table Mountain National Park and promotes it as one of South Africa’s key tourism attractions. Facilities include the Flying Dutchman Funicular, the Two Oceans Restaurant, Food Shop and three retail shops.

The Thebe Tourism Group is a 100%-owned subsidiary of Thebe Investment Corporation. Formed in 2001, the group is the oldest black-empowered South African tourism group and has a significant portfolio in tourism and related industries, offering innovative, integrated market-driven products.

Thebe aims to be a trusted, world-class, African company that develops and invests in sustainable businesses for the long-term benefit of communities. Passionate about sharing Africa with the world and influenced strongly by  African heritage, Thebe Tourism Group aspires to be a world-class pan-African group of companies, providing five-star treatment for every budget.