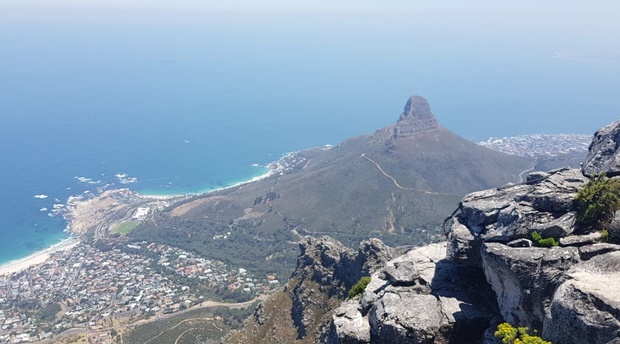 A “must” to hike when in Cape Town

There are a few reasons I say this is an essential hike. The first is that you have views in all directions: the city bowl, the Twelve Apostles, the ocean, as well as towards Table Mountain. I think it is the complete package as far as views go in Cape Town. Secondly: It is a relatively easy hike. Third: You can do it all in about 2 hours.  Fourth: you don’t necessarily need a guide. You can take a taxi or Uber to the Lion’s Head parking lot and the trail is right there. Enjoy !!

Lion's Head is a mountain in Cape Town, South Africa, between Table Mountain and Signal Hill. Lion's Head peaks at 669 metres above sea level. The peak forms part of a dramatic backdrop to the city of Cape Town and is part of the Table Mountain National Park.

Did you know: While Table Mountain is the Cape Town "darling," Lion's Head is actually an incredible way to get 360-degree views of the city.thewanderlostway.com

"STAY FOR THREE, PAY FOR TWO"

View   WINTER SPECIAL
"STAY FOR THREE, PAY FOR TWO"
STAY FOR 3 PAY FOR 2 !!
View Offer
Continue to our website