The Victoria and Alfred Waterfront - V & A WATERFRONT 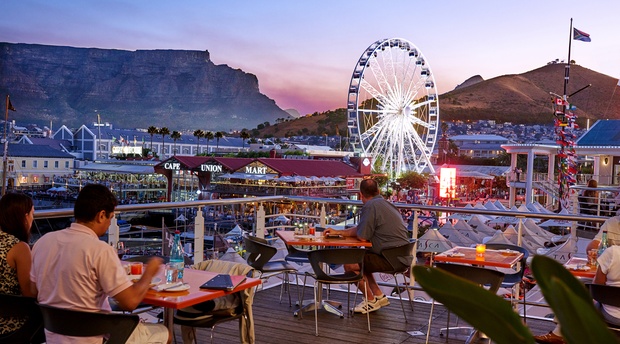 The Victoria and Alfred Waterfront

The Victoria and Alfred Waterfront is one of Africa's most visited destinations and attracts 24 million people every year. Its setting, in the oldest working harbour in the southern hemisphere, is simply spectacular: it has Table Mountain as a dramatic backdrop as well as extensive views of the ocean, city bowl and the mountain peaks of the Hottentots-Holland Mountains.

This 123-hectare mixed-use development, which caters to both local and international visitors, has everything on offer from residential to commercial property, which includes hotels, retail districts, and extensive dining, leisure and entertainment facilities. It’s many heritage sites and tourism landmarks make it both exceptional and unique, as does the recently opened Zeitz Museum of Contemporary Art Africa (MOCAA), which hosts the world's largest collection of contemporary art from Africa.

The discovery of gold and diamonds in South Africa meant that the first section of harbour, the Alfred Basin, was not large enough to accommodate the increased number of ships, and the Victoria Basin was built. The construction of these two harbour basins took place between 1860 and 1920, and this area of the harbour still has an array of outstanding heritage buildings from this era.

In 1938 work was started to reclaim land between the city centre and the harbour, most notably the new Duncan Dock. The Foreshore (230 hectares) made city expansion possible. In the early 20th century South Africa depended mainly on imports for many basic articles in daily use, which explains the importance of the harbour to the people who lived here.